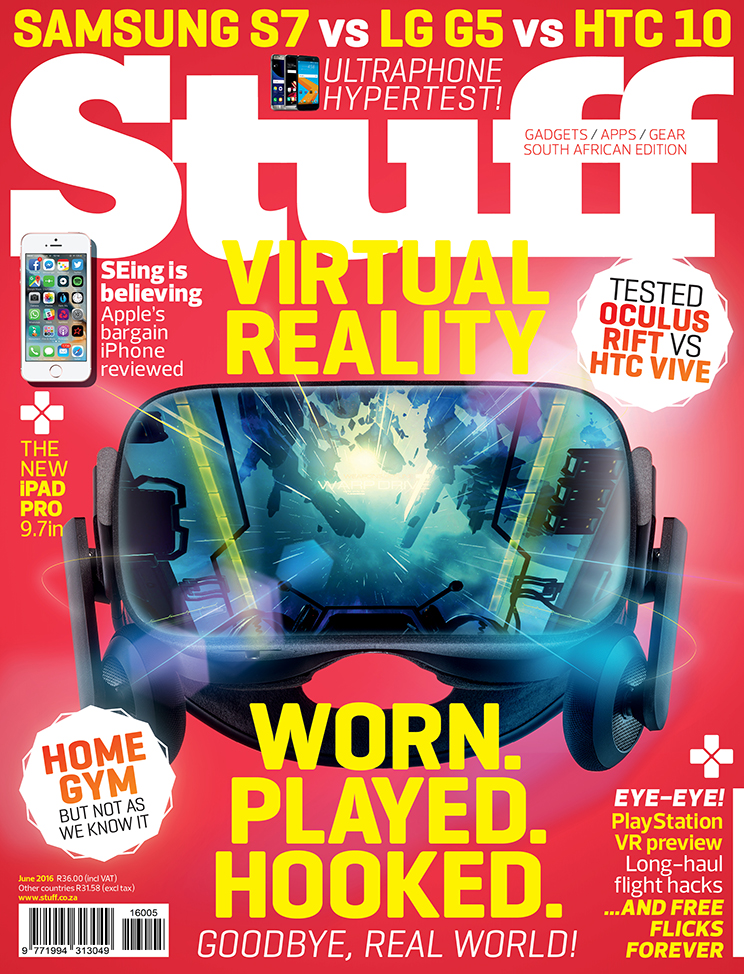 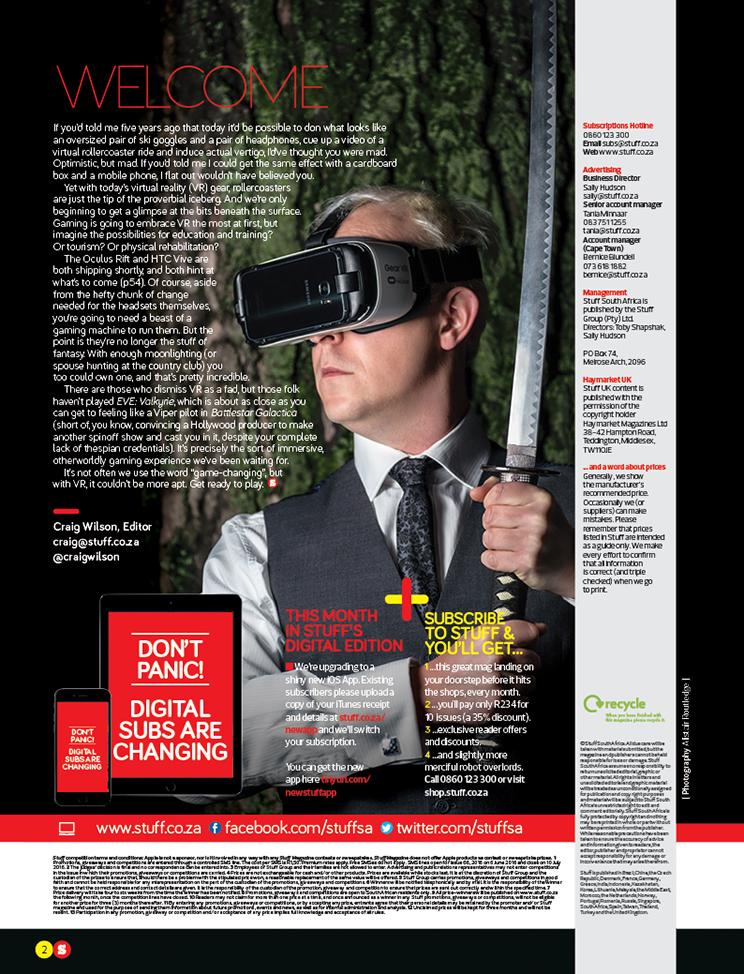 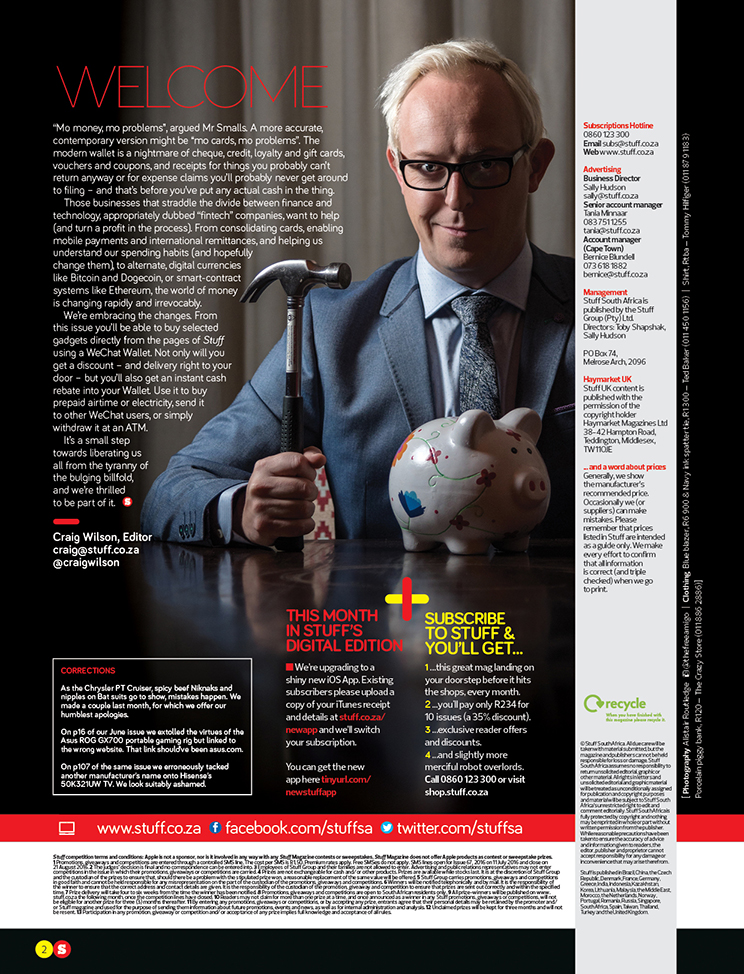 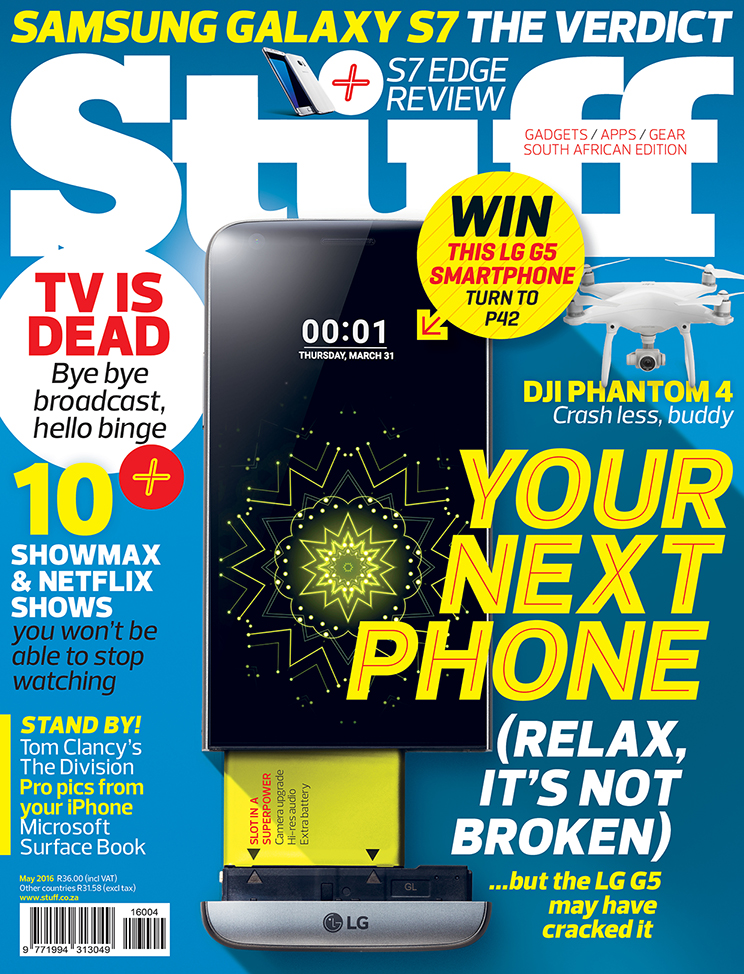 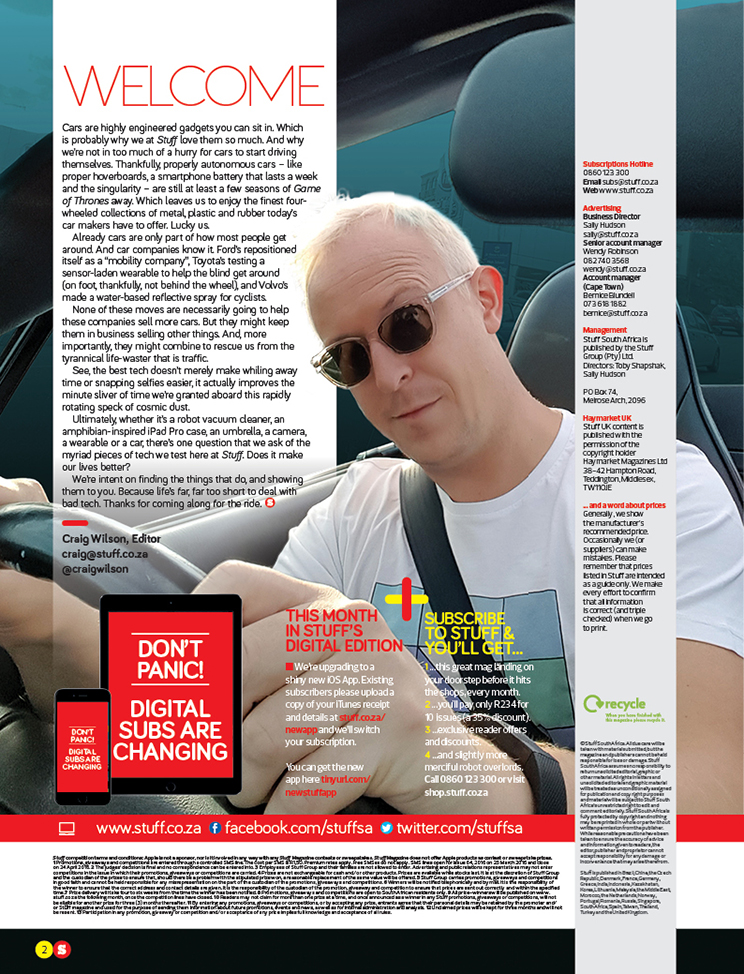 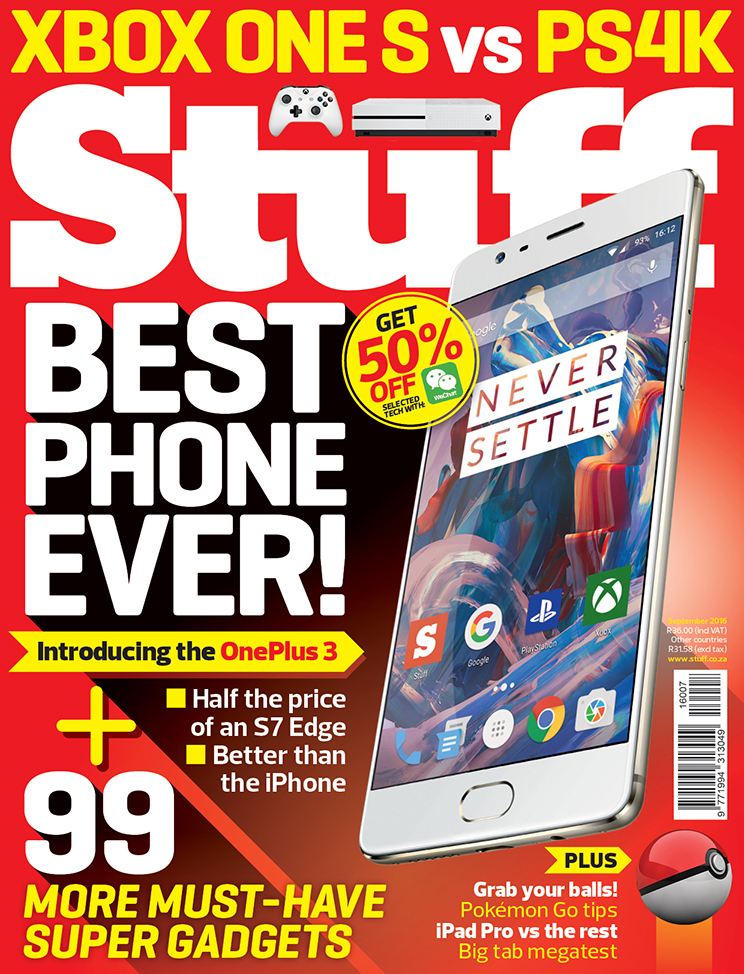 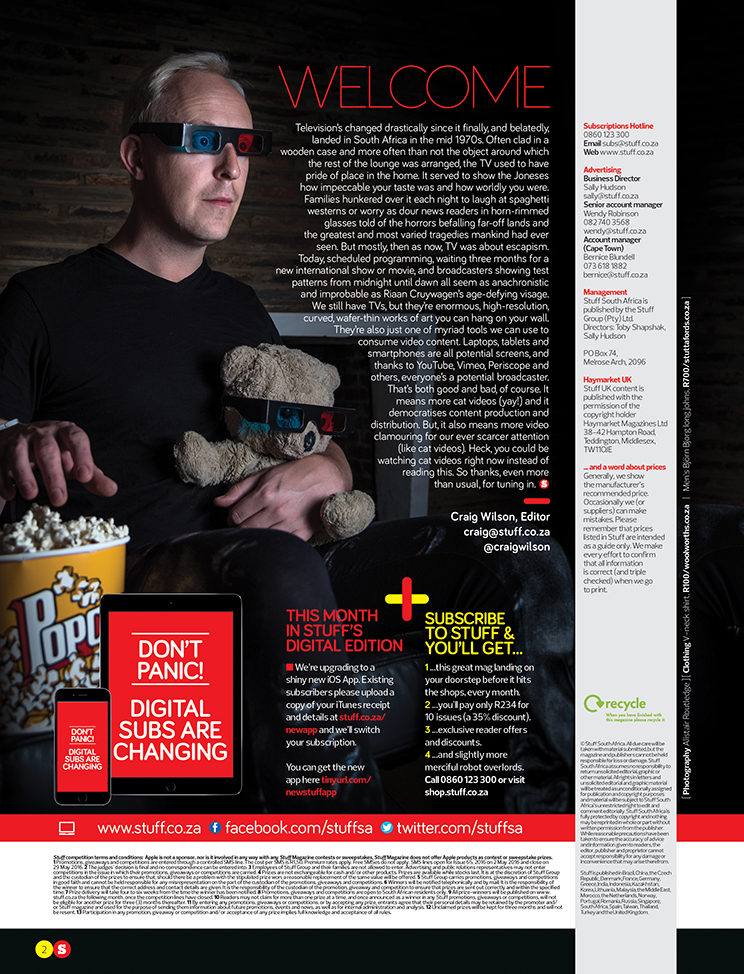 Stuff is South Africa’s premier consumer technology title. Craig’s been the editor of the print edition since March 2016. He initially joined the title as a contributing editor in mid-2014.

Craig oversees every aspect of each 112-page issue (of which there are 10 published each year). This includes liaising with the UK-based team, managing the South African team, meeting with advertisers, and planning, writing and editing content. It also includes representing Stuff at press conferences, product launches and trade shows both in South Africa and abroad.

The Stuff tagline is “Everything you want to know about everything you want”. Every issue aims to offer readers a comprehensive, opinionated and irreverent snapshot of the consumer tech sector.

From smartphones, tablets and laptops to wearable tech, robot vacuum cleaners and the latest in motoring, if it’s got a power button or you can download it, Stuff covers it.