Earlier this year, Apple announced that a small number of iPhone 5 handsets shipped with a faulty power/lock button and that it would replace said button for free. That was great news for US residents, but not much use to the rest of us. Now, South African mobile device repair company iFix has stepped in to match Apple’s offer.

Within months of getting it (in December 2012) my iPhone 5’s power/lock button stopped working, along with one of the volume buttons. This meant the only way to lock it, turn it off or reduce the volume was by turning on the on-screen AssitiveTouch button (found under Settings > General > Accessibility > AssitiveTouch) and, if I did turn the phone off, the only way to turn it on again was by plugging it in to a power source.

I figured I’d just have to put up with it until I got a new phone, having previously been quoted R900 to repair it. Until last week, that is, when I found out that South African company iFix is honouring Apple’s replacement promise. iFix says the free repair offer is only valid until the end of July.

I called my nearest branch (Melrose Arch) and was told the process would take 24 hours and that the power and volume buttons are part of the same unit, and thus both would be replaced at no charge.

For those who think 24 hours of iPhonelessness sounds like a fate worse than death, iFix also offers an express, one-hour service for R200. I opted for the faster option and, sure enough, an hour later my phone was ready – no less worn or battered, mind you, but far more functional.

To check whether or not your iPhone 5 is eligible for the replacement programme visit Apple’s support page and insert your device’s serial number (found under Settings > General > About). You can find your nearest iFix branch here. If there isn’t a branch near you, iFix also offers a courier service.  — CW 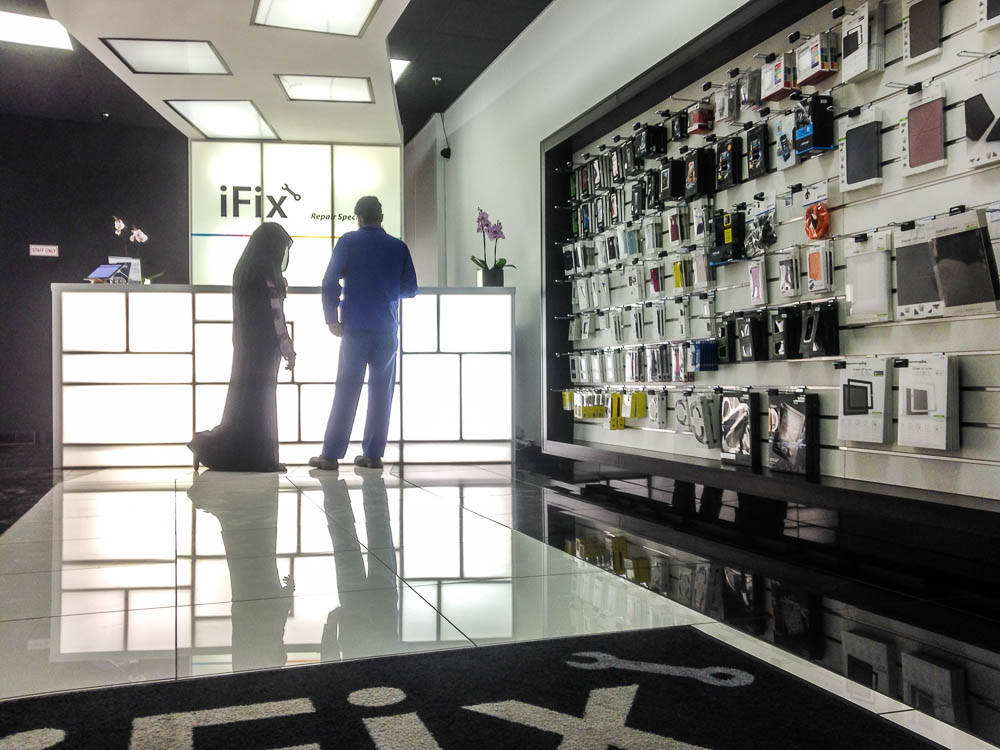